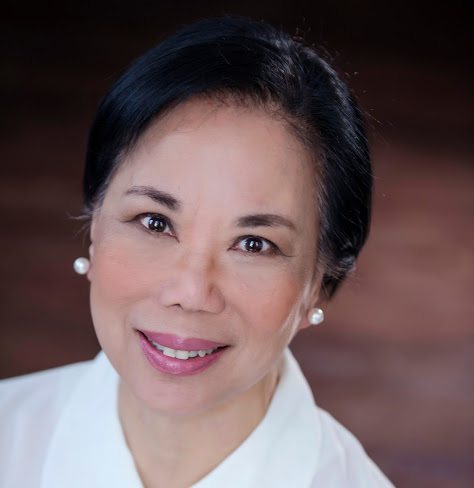 Lilian Lim is a 61-year old former dentist, actress and fashion designer assistant.
In November, 2013, I joined some groups involved in acting and in May, 2014, I got an agent and started a new career as an actor at the age of 61.  So far I have had a principle role in two feature films.  I have wanted to be an actor since the age of 6 but was discouraged from pursuing it by my parents.  My mother wanted me to be a pharmacist (I got my BSc.(Pharm.) degree (a 5-year programme) from the University of British Columbia in 1975) and later I returned to university for 4 years to get my D.M.D. degree in Dentistry in 1983.  I practised dentistry for 27 years before registering, at the age of 58, for the one-year fashion design programme at Blanche Macdonald Centre in September, 2010.
Upon graduation in September, 2011, I took a year of part-time mandarin classes and then, through Next Step Connections, flew to China to do a one-year fashion design internship in Shanghai with the couture designer, Lilian Zhang, and her husband and manager, Tony Chu, at the Shanghai Qilian Fashion Company.  The first indication that God had chosen this path for me was when Tony told me that my Chinese name is the same name as the company.  He said that he got goose bumps when he was printing the Chinese characters onto the order for my business cards because Qilian was such a unique and unusual name.  During the time I was there, Lily was hired to be a designer for Armani, the famous Italian designer.  Her designs are now being sold world-wide under the Armani label.
I truly believe that faith is guiding me in my life and in my career path.  From so many events that have occurred in my life, both here and in Shanghai, I have no doubt that it is  leading me and my family.
May God bless you in the project that you are undertaking.  So many individuals who worked at Next Step Connections during the year I was in Shanghai made my time there such a joyful and memorable experience.  They helped me through the difficult times when I was depressed and lonely because I missed my family so much. Through the work of your company you have given so many people the opportunity to experience what it is like to live in a country whose culture is so different from that of North America.  I truly thank you for your hard work and dedication.
Lillian
careerdesign internshipexperienceinternshipopportunitiesShanghai
Please Share This
Related Posts

Learning Expedition for E.LECLERC in Thailand on Distribution